Endeavor Entrepreneur Mohamed Azab was leading an entrepreneurial career in the UAE as a co-founder of a boutique investment firm when the 2008 global financial crisis struck. It was then and there that he set himself a new mission to start an impact-driven business, turning to the healthcare sector in Egypt and founding Seha Healthcare in 2010. We sat down with Azab to learn about his journey over the past decade: obstacles he faced, learnings he acquired, people that helped him along the way, and the vision he’s pursuing. 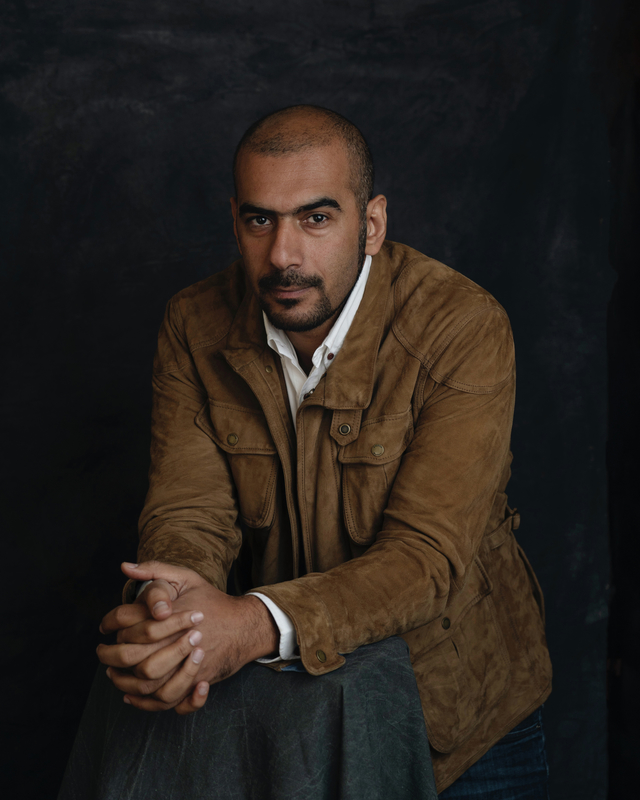 Seha Healthcare is a healthcare investment company whose first investment was in Hassab Labs, a reputable yet at the time small-scale medical diagnostics lab founded in 1991 in Alexandria by Dr. Amina Hassab.

“I was inspired by the founder’s story and believed in the potential of business,” reflected Azab on the decision to invest. “At that time, Abraaj Group was acquiring El-Borg Laboratories, which was a rare area to invest in in Egypt, so I saw the opportunity and thought it made perfect sense to invest.” Leveraging over 12 years of experience in managing investments, Azab set his plan of transforming Hassab Labs into a scalable business model in motion.

However, weeks after Hassab’s acquisition, the 2011 revolution erupted, posing significant challenges and uncertainties for the team. With limited visibility over the future, and the country’s outlook in flux, virtually no one was founding or investing in a business around the time. National curfews were in place, women worked only in morning shifts and men at night, payroll had to be withdrawn in cash from banks, and intensive security measures were installed.

Despite the challenging environment, Azab capitalized on the lack of business players in the market and quickly expanded Hassab Labs to eventually become the fourth largest diagnostics lab in Egypt with 28 branches across Alexandria, Cairo and the Delta, and the first to be accredited by the EGAC/ILAC. Over the course of three and a half years, the company had grown 400x in size and boasted a workforce with over 50% represented by women and minorities from across Egypt.

In October 2014, four years after the acquisition of Hassab and following its successful growth, SAHAM Group, a Morocco-based pan-African conglomerate, partially acquired Hassab Labs. This marked the first exit for Seha, paving way for its next chapter.

With the money he made out of his acquisition Azab was able to move closer to his vision: building one of the top hospital chains in Egypt serving middle-income segments and transforming the quality of healthcare services.

As a first target, he set his sight on Akkad Hospital in Nasr City, Cairo.

“It needed some heavy investment. It was completely run-down and destroyed when we came in, but again, I chose to see opportunity instead and began to imagine how the quality will improve after we renovate it.” Seha Healthcare resorted to debt securing a loan with an amount just enough to renovate the exterior of the hospital but needed another round of funding to finance the internal renovations too.

“As a first time manager of a hospital, it was hard to convince investors that you’ll succeed. They all liked our story but wanted to see our success first before making the commitment,” continued Azab.

The challenges didn’t stop there.

The 2016 EGP-devaluation and interest rates spike led to almost doubling running costs at a time when the hospital was not yet making profit. Prospects of securing investments grew bleaker.

The Seha Healthcare team called this period The Armageddon.

With a lot of hard work, Seha’s talented team under Azab’s leadership managed to turn things around, successfully raising $12 million that enabled them to complete the needed renovations and expansions at Akkad, and doubling the size of its activities. With the remaining funds, Seha Healthcare acquired their second hospital in Al Haram, Giza and expanded its ER services, tripling its business soon after. It has been growing since.

Recognizing his accomplishments, Harvard Business School (HBS) picked up on Azab’s inspiring journey and featured the success achieved in scaling-up Hassab Labs in a 2016 case study published by the school titled “Mohamed Azab and Seha Capital.”

With two hospital acquisitions, Azab aims to scale Seha Healthcare as the beacon of healthcare quality and services.

“Outsiders” Scaling a Business in the Healthcare Sector

When asked if it were a challenge for him to venture into this space without being a doctor, Azab said that he saw that as something that worked in their favor rather than a disadvantage.

“The biggest advantage we have is that we’re outsiders that are coming with a fresh business perspective, so we’re able to operate hospitals differently than doctors typically do,” Azab shared.

In Egypt, he explained, hospitals are usually managed by the same doctors who own them.

Although doctors make a fine living, it is not often that profits are reinvested back into the hospitals and this results in good hospitals with outdated infrastructure. Kickbacks are also common practice across the healthcare sector, burdening the patients who have to overpay for services, leaving a permanent impact on their health and wellbeing.

“Our strategy was clear from the beginning but the major challenge we faced post each acquisition was related to aligning everyone on our vision, values and our value-added. We wanted to make sure we have the right people on board - whether it be investors, shareholders, doctors, nurses, managers - anyone that has a stake in the hospital” continued Azab.

“It takes time to align stakeholders to your vision,” he added. “At Al Haram Hospital, for example, the culture is completely different to anything I’ve seen before in the healthcare sector. So we had to be prepared with a good, clear framework and structure to our negotiations strategy,” shared Azab.

In a new initiative Seha calls Breakfast with the CEO, Azab and the team meet with various groups of hospital staff and management on a regular basis to build relationships, discuss values, promote an ethics-based culture and continue to drive alignment and motivation.

“To acquire something so complex, you need to put in the time to truly understand everyone’s motivations and what they want to achieve so that you ensure you’re all aligned on the future of the business. It’s a lot to do, but it’s the part of the process I enjoy the most!” Azab said.

Throughout his journey as a Founder, Azab attributes a lot of the support, guidance and inspiration he received along the way to like-minded peers, entrepreneurs and Mentors who he met through Endeavor, which he joined in March 2012.

Recalling the time of Hassab’s exit, Azab said Endeavor Mentor Khaled Bichara played an instrumental role. “The company was growing and growing and the whole idea of selling was not on my mind. Khaled made me realize that in order to take things in a new direction and do something bigger, I needed to exit,” reflected Azab.

Having attended Endeavor’s Scaling Ventures Program - held annually in partnership with Harvard Business School - and witnessed other founders who are building global businesses from around the world, Azab started envisioning scaling Seha beyond Egypt taking it to a global direction.

“Soon after the HBS program, I sat down with Amr Shady to reflect and from that conversation I realized that I had invested, I had exited, but on a much smaller scale. And from that moment on, I was ready to build something much bigger,” shared Azab.

“Joining Endeavor makes you think from a global headspace. It makes you realize you should always start as a regional or global player and go from there. Ultimately, this is what makes Endeavor different.”

“What we’re particularly happy with so far is that we did something real. We transformed hospitals. The full impact of that is immeasurable,” shared Azab. “We’re happy we made an exit and money in a space where barely anyone does. But we still haven’t started.”

With two acquisitions made, and others lined-up, Seha Healthcare’s scale-up journey is still in its early stages with many goals and aspirations up Azab’s sleeve.